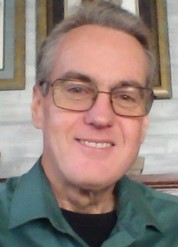 Strategic Partnerships Inc. (SPI) welcomes Scott Burke and his 25 plus years of public safety operations and administration to the team.

Scott served for 15 years as an EMS provider (EMT and Paramedic) and he overlapped approximately half that time as a police officer and law enforcement executive. He began his public service as a paramedic and worked with both the Portsmouth fire department and police department as they deployed “tactical” medics.

He then transferred to the City of Portsmouth Police Department as a full-time assignment and moved to his final position as Interim Chief of Police. During his law enforcement tenure, Scott served as a patrol officer, patrol sergeant, training director and criminal investigations commander. He had oversight for a $32 million budget and was responsible for hiring, onboarding, training new officers, and providing in-service continuing education.

Scott helped his department adopt new technology including cameras, digital photography, and more. As the in-house subject matter expert for technology, he led efforts to partner the department with the Naval Criminal Investigative Service’s LInX project.

His education background includes a bachelor’s degree from Virginia Tech and a graduate certificate from the University of Virginia for studies at the FBI National Academy. He continues to be an active member of the International Association of Chiefs of Police (IACP), recently concluding a 10-year appointment to the IACP’s Communication and Technology Committee. Scott is active in the Virginia Association of Chiefs of Police organization and works with the group’s legislative review committee. He maintains his involvement with the FBI National Academy Associates and the FBI’s regional InfraGard team. His law enforcement background will be of high value to the SPI Team.